The Society for Melanoma Research
Advancement Through Collaboration
Menu

This award was established in 2010 in memory of Estela Medrano. Estela was a leader in the study of TGFb-related signaling in melanoma as well as senescence. She was also an active participant in SMR activities and was about to become the new secretary/treasurer for SMR. Estela was tragically killed in an automobile accident in August 2010. Although originally given to the keynote lecturer at the Society for Melanoma Research annual international congress, in 2013, an ad hoc review committee recommended that specific consideration be given to a woman who has made major contributions in the fight against melanoma to fully honor Estela's memory. 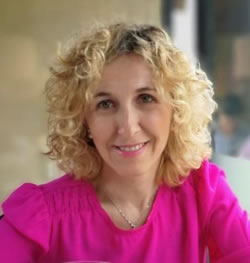